The Confusing World of TV and the Internet

How are you doing with your cable and TV subscriptions? 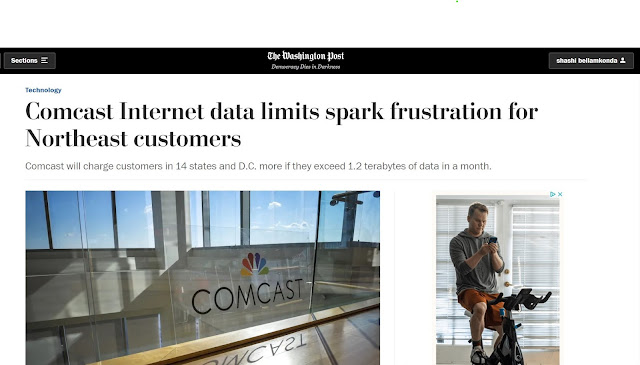 If you are a baby boomer and in some cases a Gen Xer, you may remember a world without the internet, and cable TV was the technology that seemed so advanced.
Now we have 3 ways to think about media and the internet
1. Choose an internet provider
2. Evaluate TV with the internet provider and combo of internet and TV packages
3. Choose an internet provider and subscribe to streaming only channels/packages
Of late none of the above alternatives are cost effective.
You can expect to pay about $79.99 for internet. Choose any option and you can expect to pay $65 for content from Hulu + or YouTubeTV . That is $145 and chances are, your local cable and streaming provider may give you both of these at about $125 and save you $20 a month ( No more cord-cutting)
The bargain seems to be choosing an internet provider who does TV too like Comcast. Wait, What? In some counties you may not have a choice. Your TV/Internet provider may have a monopoly. If they do not have a monopoly they may still be the cheapest. Internet plus TV packages may be cheaper than Internet Only packages.
The only issue here is that many companies now have to think of ways to make money. This is the time when you are most likely to go over your data cap (1.2TB for Comcast) .
a) Everyone is working from home
b) For the past few holidays, everyone bought or gifted smart devices, iOT  hubs and convenience tech so your data usage may be higher from these devices
You have a choice or rather you have to spend more money now than before but you can choose to spend it with one provider or have a whole lot of streaming apps. One thing is certain. You are paying the same as you did before you became a cord-cutter.
at January 05, 2021 No comments: