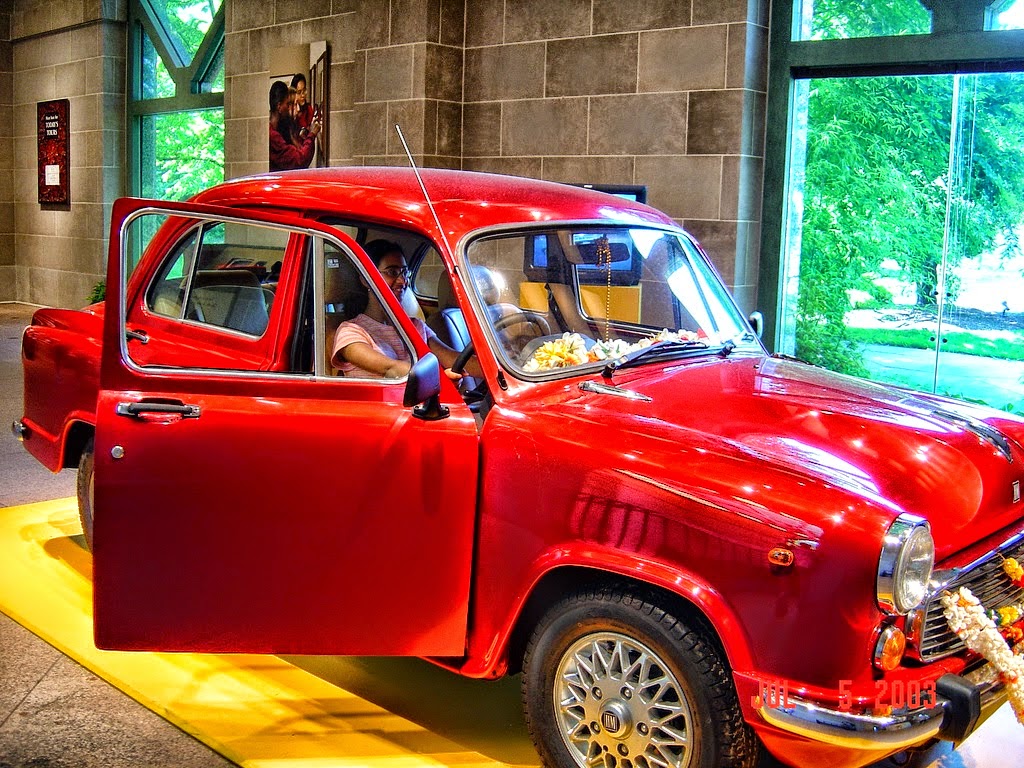 This is a photo of India's Hindustan Motors's Ambassador car that was donated to the Smithsonian in 2003. Growing up in India, people had the choice to purchase 3 brands -


India's automotive industry was old, boring and only for the extremely rich till India got the Maruti based on Japan's Suzuki models. Maruti Suzuki as it is now known changed the way car ownership was thought of in India and made owning a 4 wheeler more affordable.

One day Ambassador had to go and I wonder why it took so long. Have you ever been in an Ambassador?
at May 28, 2014