This was the second tweet-up this year at the Indique Heights. When I first started engaging in the social media there were a lot more impromptu Tweetups and then came a flurry of corporate sponsored events which got too frequent. I feel 2009 will bring about a consolidation of "social" social events and learn as you dine events.

Today I met new friends  many whom I have known online and some I met for the first time.

The merry tweeters who came to Indique Heights

Chantelle Karl  @cckarl Yelp.com's Communication manager for the East coast ( That includes Canada and UK !- figure that out ) 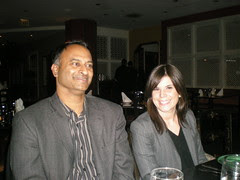 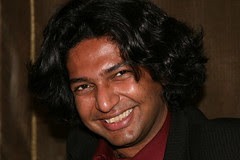 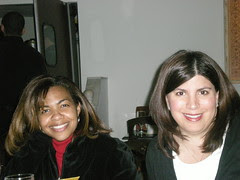 ( We will help you organize your life)

Here is Jeremiah Owyang's definition of a Tweetup

What’s Tweetup? A few years ago, we called them blogger dinners, and it’s where folks got to come together, meet each other face to face (scary huh?) and actually talk in real life. Despite the affection many have for these social tools, there is nothing like seeing people in real life and meeting them.

A few guidelines for social events that I mentioned on twitter: Unlike Fight Club, talk about Tweetups, before, during, and after. Come to meet folks, be social. Don’t “poke” anyone unless you’ve brought protection. The act of “throwing sheep” at anyone other than your spouse is not encouraged. If you’re going to mention people “you’re following them” be sure to give them context whether that’s on Twitter or in real life –hopefully the former.

Kidding aside, just come to network with others, buy someone you’re connected to online a drink, exchange real world information, and most importantly, be merry

Thanks Chef VInod for the good food and for the hospitality. 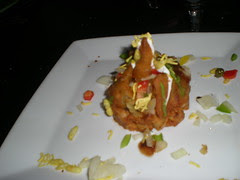 If you came to the tweetup today- Did you enjoy it ? What can we do better? Any other suggestions for venue, dates etc.