My Commute Has Gone North with My New Job 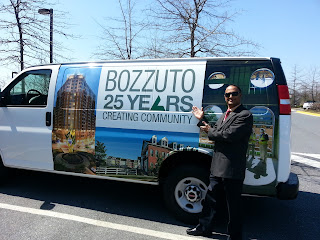 As I enter the 4th week of my new job at The Bozzuto Group I wanted to share my commute experience. For the first time my commute is in a northern direction from the Rockville/Gaithersburg area on I495.  This also means I am entirely in the State of Maryland and there is no crossing the American Legion bridge. Best of all it's a shorter commute.

5 things to learn on a new commute :
On the whole my office in Greenbelt is kind of centrally located  Close  to DC, Baltimore, Montgomery  County and not too far from Arlington.

I am sure there is a lot to discover on this new commute route. Do you have any suggestions?
at April 16, 2013